Mahasamund is a magnificent place which is present in the Indian state of Chhattisgarh. The boundaries of Mahasamund are shared by certain districts of Raipur, and Rajgarh of Chhattisgarh and also with Orissa districts such as Nawapara and Bargarh. They also leap out to be the administrative headquarters of the same district. The city is also an upcoming mining town and also a key tourist destination in India. The ancient background is another ground for the city’s fame. There area number of temples in Mahasamund which possesses natural splendor and divine beauty. 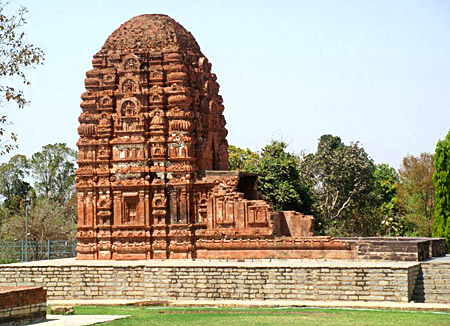 With these as key reasons masses of tourists flock into Mahasamund and enjoy. The fair and festivals in the temples are another important aspect celebrated in this place. All means of transport such as roadways, railways and airways are available at Mahasamund. Tourists from any destination can land up to Mahasamund and enjoy their vacation. The climate is also appreciable with a tropical climate favorable as desired.

It is necessary to discourse about the history of Mahasamund as it holds important value as well as historical importance. When we take a look behind at the ancient period, it is said that tribes lived in this place during the ancient times. With the numerous variety of tribes who lived in Mahasamund let’s run through a few of them. Few tribes are Kanwar, Kamar, Halba, Dhanwar, Pardhi, Munda, Kharai, Sonar, Saur, Bahalia, Saharia, Binjhwar, Bhujia, and Kharwar. The city is also famed for being the capital of ‘South Kosal’ which was once ruled by the ‘Somavansiya emperors’.The plentiful temples present here with natural and divine beauty speaks the history of the city. A famed historical place of south Kosal in international level is none other than Sirpur which is present Chhattisgarh. Sirpur stands at the banks of River Mahanadi. The place is famed for being blended with architectural and cultural arts. As mentioned before Sirpur was the capital of South Kosal. 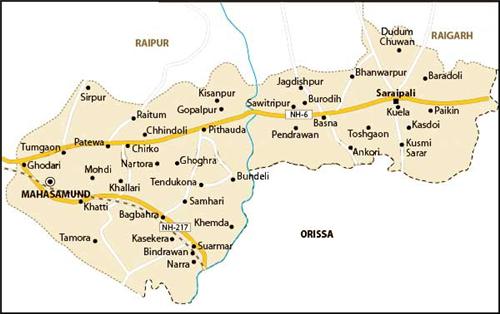 Being a major municipality and located in Mahasamund district of Chhattisgarh, Mahasamund is situated at 21.1°N and 82.1°E geographical coordinates along with an elevation of 318 meters. The place occupies an area of 3902 sq. kilometer. The place is also 358 meters to 220 meters elevation range.The summer months makes Mahasamund a hot place with highest temperature ranging from 30° to 39°C. The locale also holds an average temperature during the month of January as 25°C, February 26°C, March 28°C, April 31°C and May 32°C. Summer months are hot and winter months are cooler.
Mahasamund district is illustrious, as they are the administrative district in the state of Chhattisgarh in Eastern India. Mahasamund is the district headquarters which adds recognition to the city. The city of Mahasamund is bounded by a number of districts a few of them are Raipur district, Gariyaband district, Baloda bazar district, Raigarh district where all these belong to Chhattisgarh state. They also share their limits with Odisha state districts which are Nuapada district and Bargarh district.

With agriculture and mining, in this particular arena has paved way for many employment opportunities. Black stone which is found in abundant in this area is used for making tiles. The stone cutting factories are another history to be mentioned in the city. With such excellent features, Mahasamund is a perfect place for life and living. Apart from that there are ample small scale and large scale industries. These industries offer job opportunities for a number of people for their daily living. There are many categories of industries in Mahasamund where a few of them are cotton textile, agro based, soda industry, jute and jute based, woolen, artificial thread and silk, embroidery and ready-made garments, paper products, wooden based industry, leather based, chemical based, mineral based, metal based, rubber, plastic and petro based, engineering units, and lot more industries stick to the list of Mahasamund industries. It is also important to mention other large scale industries in Mahasamund, which include D.B.energy and food Pvt limited, Singhal forestry, Kalindi power, Shivalik power and steel, and Balajee power. For more details, click here

Art and Culture in Mahasamund

Being once ruled by Somavansiya emperors, their knowledge and cultural inheritance speak art of the Mahasamund. The traditionalism and art was an innovative piece of preciousness offered by these past rulers. The art and architecture of the numerous divine temples with innovative architecture can speak of the art of Mahasamund. Sirpur is a branded example as it’s a combination of cultural and architectural arts. The place is also well known for religious and spiritual knowledge along with science. Mahasamund still holds shades of tribal culture where nearly 9 per cent of people follow Hinduism. Since people from all over India get settled in Mahasamund, a mixed culture is available.

Mahasamund is a municipality and also a major city in the state of Chhattisgarh. The city also holds the administrative headquarters and new upcoming Municipal Corporation along with other districts. Being a key city in the state, the transport facility is well linked. The transport network is a major reason for the development of economic and social phase of the country. The government has taken much initiative in expanding the network and providing ease transportation for the public. 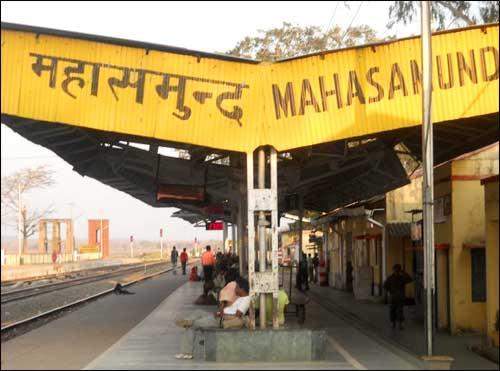 Swami Vivekananda airport Raipur is the airport which is 38km from Mahasamund and can be used by Mahasamund people. Raipur airport has services for both domestic and international flying. There are a number f flights which fly from and to Raipur round the clock. The flights from Raipur fly to Delhi, Kolkata, Cochin, Bengaluru, Goa, Mumbai, Chennai, Hyderabad and Guwahati. This is a few examples and the list has more. A few of the international flights are to London, Paris, Madrid, Shanghai, Bangkok, Singapore, Zurich, Amsterdam, Frankfurt, and Beijing.

There are many tourist spots in and around Mahasamund. A few of the places include Sirpur famed for Lakshman temple, Buddha Vihar and plenty archeological sites. Other tourist’s sites that stick to the list are Kodar Dam, Rajiv Lochan temple, Khallari temple, Rajim Kumbh. Lakshman temple is one of the most famed brick temples of the country. The keen carvings and precise construction along with an excellent symmetry is unique. The temple is said to have a ‘Panchrath’ temple holds a shelter called ‘mandap’, passage called ‘Antraal’, and a main house called ‘Garbha Grih’.Gandheswar temple: Situated on the banks of river Mahanadi, ancient temples and vihars were used for building the temple. Collection of different historic remains makes the temple very artistic. A few collections are lord Buddha touching the earth, Garud Narayana, Shiv, natraj, and Mahisasur Mardini are rare ones. Sirpur is familiarly known for Buddha vihar which was developed with ancient remains. They have made a blend of Gupta dynasty and residential building. Meditation room, residential room, study rooms are available in this Vihar. Moreover, a six feet tall Buddha touching the earth is placed here. There are nearly fourteen rooms in the Vihar, so this is an important spot to look at. For more details, click here

Being the largest city in Trans Mahanadi area, Mahasamund owns its natural wealth and tradition. The excellent climate is another reason which makes Mahasamund a beautiful place to live in. apart from climate the city has all the state of the art facilities which makes living worth. The agriculture in the state is another major advantage which pushes the state to an elevated ranking.

Comments / Discussion Board - About Mahasamund