Art and Culture in Mahasamund

Mahasamund district in Chattisgarh is bounded by Raipur district and Raigarh district of Chattisgarh on two sides and Bargarh district and Nuapada district of Odisha on other two sides. It is an administrative headquarters district. The district is well-known for its rich cultural heritage. During the reign of the Somavansiya Emperors, this used to be the capital known as Kosal city. This was also the centre of art and culture. It was a favourite place of the tourists being full of temples and natural beauty. A number of fairs and festivals are held every year. This used to be the main centre for learning science, art, architecture and spiritualism.

The main religion in this area is Hinduism. The place has many ancient temples. In the 7th century many Buddha vihars were also constructed. The great Chinese scholar Huen Tsang  also visited Sirpur. The King in those times was also a follower of Buddha. So, there are many Buddhists too. A lot of religious activities took place along the banks of river Mahanadi, flowing through Sirpur, which is now Mahasamund. Now there are Muslims and Christians also, as missionaries have managed to convert the tribals to Christianity.

People in this city are religious minded and are culturally bound. The majority of them are dressed traditionally and the language popularly spoken dialect is “Chattisgarhi” though people also know and converse in hindi. Oraiya is also spoken in the areas adjoining the state of Odisha.

In keeping with the traditions of the place, the people are dressed simply. They abhor high fashionable clothing. The men are dressed in a dhoti and kurta, turban and a cloth around their necks. They also wear special leather footwear known there as Bhadai. The ladies wear the saree and blouse which is called the Polkha and Lugra.

The female leather footwear is called Atkaria. The women wear a lot of ornaments traditionally required for them to be adorned in like parpatti - anklets, bichia – toe rings, kardhan – waistband, fulee – earings and bangles. The jewellery is usually of silver. The women in the areas adjoining Odisha like Saraipalli and Basna, mostly wear linen clothes of violet and green colour.

Art and Craft of Mahasamund

Since this state is culturally very rich and comprises majorly of tribal population, there in not dearth of art and craft. Paintings with natural dyes, craft made out of every possible material available and also various designs of tribal jewelry can be seen.

The craftsmen make items of utility like bowls, baskets, mats, hunting tools, fishing tools along with a host of things. The ornaments also are crafted out of shells, bamboos, bones, metal and even wood and feathers.

Traditions and Customs in Mahasamund

People of Mahasamund are bound closely by their traditions and customs. They pass them down from generations to generations. They also pass down their art and craft and their talent for music and dance. Thus the younger generation is well-versed in the Chattisgarhi culture. 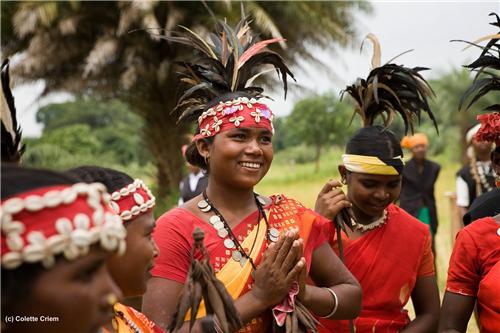 Generally too, the tribals are very conservative people and hold on to their roots strongly. They have special songs and dances for special occasions in the community and many fairs and festivals are celebrated through the year.

Dance and Music in Mahasamund

The Chattisgarhi people celebrate festivals and occasions with a lot of dance and music. It plays an important role in their lives. The famous dance and music form of Pandvani has brought to the people of the world by the famous Teejan Bai. It is the musical narration of the scriptures. 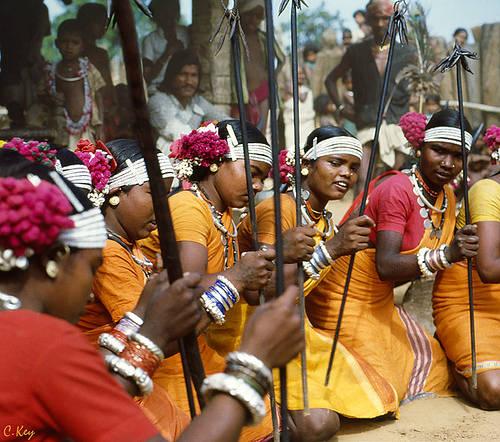 Other famous dance forms are Panthi, Nach, Gond and Muria. This also constitutes as a major source of entertainment for the people.

Fairs and Festivals in Mahasamund

Organizing fairs according to the months is very popular with the local people. It comprises as the main source of socializing and entertainment. They are  in accordance with the religious themes and people throng to have some fun and frolic.

They start right from the month Chaitra till Magh Poornima which is December. Ramnavmi, akhthi, matha , hareli, savanahi,  and many more. Krishna Janamashtmi, Holi, Deepawali, Ganesh Chaturthi and other major festivals celebrated all over India are also looked forward too.

Chattisgarh is considered as the rice bowl of India. Hence, rice is the staple diet of the people of this region. Traditional or tribal foods contain rice and rice flour as their main ingredient. Curd and green vegetables like chowlai, lal bhaji, chech, kanda, bohra and kochai patta are also eaten. There are some very well-known breakfast dishes made out of rice /rice flour. They are fara, muthiya which is rice rolls in white sauce, angakar roti, chousera roti different flavoured breads. 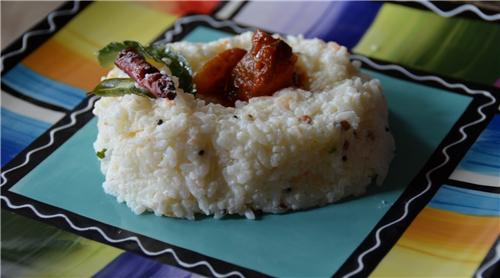 A favourite summer meal is leftover rice dipped in curd or buttermilk and eaten with pickles and raw onions. It cools the body and hydrates it in the scorching heat. The sweet dishes relished are gulgula, bidiya, doodh far, bafauli, kusli, balooshahi and khurmi.

Comments / Discussion Board - Art and Culture in Mahasamund