Mahasamund is the administrative headquarters of Mahasamund District. The narration of Mahasamund has an important value and a historical significance attached to it. Old accounts of Mahasamund tell us that there have been tribes in the region since the ancient times. There were different types of tribes living in the city in enormous number like Kanwar, Kamar, Halba, Kharai, Munda, Saur, Pardhi, Saharia, Bahalia, Kharwar, Bhujia, Dhanwar, Sonar and Binjhwar. The dressing style of the people in the city was very traditional and simple. 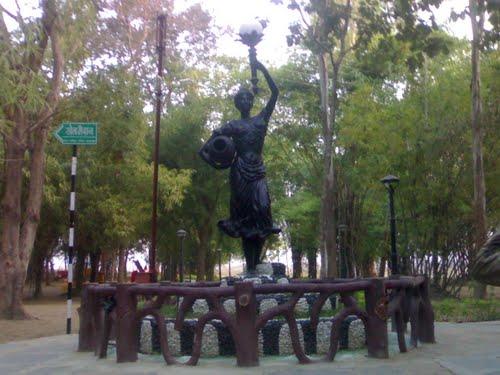 The attire of the man is usually a Kurtha, Dhoti and turban on their head with the piece of clothing round the neck. They wear special type of leather shoes known as Bhandai. Geographically it is spread out in an area of 4790 Sq Kms in the central east of Chhattisgarh state, surrounded by districts of Raigarh and Raipur of Chhattisgarh state and Nawapara and Bargarh of Orissa. Rocks are mainly limestone of the Chhattisgarh group contemporary to the cuddapah group of the upper pre Cambrian age, consisting of limestone layers, sandstone or dolerite and quartz in intrusive form are also found in the district.

From the sixth century to mid twelve century Kalchuri, Somvanshi, Panduvanshi, Sarabhpurnim and Nagwanshi rulers dominated the region. Although the newly formed city came into existence on 1st November 2000, its cultural heritage dates back to Stone Age. Geographical evidence of the places is found in the Ramayana and the Mahabharata. 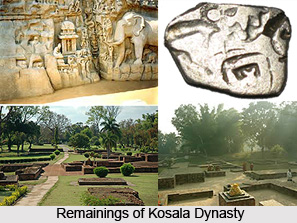 
Archeological and Historical Evidences in Mahasamund

Archaeological Museum: Located in the premises of the Laxman temple, several unique statues and other architectural structure linked to Shavia, Vaishnava, Buddha and Jain can be found in the museum.

Gandheswar Temple: Temple is dedicated to lord Shiva that has been constructed on the bed of the river named Mahanadi. Its main features are the archaic remnants of the historic period. 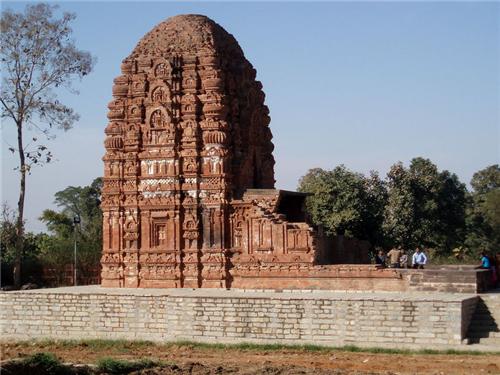 Some the statues are really rare and unique like statue of Buddha, Natraj, Shiv, Varah and Garud Narayan.

Ghudhara (Daldali) Temple: This temple is located 10 Kms from Mahasamund in its east direction. A very old temple of Shiva and Godhara is present in the premises. There is an endless flow of water from the Godhara. A fair called Poush mela is hosted during the time the full moon.

Mahasamund, as seen above has a rich history. It is one of the few places where tribal culture can be seen co-existing with the contemporary modern lifestyle. It is one of the most panoramic destinations of the Indian state of Chhattisgarh which is famous for its traditional background. It has large number of divine temples, natural beauty, which is all visitors’ delight. In short, Mahasamund is a must visit place for people who wish to revisit the glorious history of India.

Comments / Discussion Board - History of Mahasamund